This is an amazing video of what is being done today in mixing visual reality and linear actuators. MIT always making the coolest toys, 3D IR.<3 it!

When I started working with Arduino a good friend of mine sent this to me. I thought since she shared it with me, I would share it with you. Happy Arduino’ing!

These students developed a nanometer resolution atomic force microscope with Legos and arduino at Tsinghua University in collaboration with UCLondon. 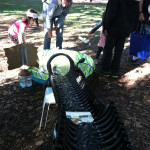 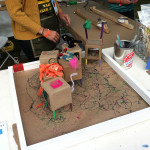 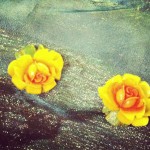 The best thing about #makerfaire was finding vintage earrings. 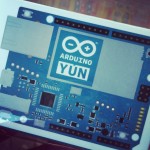 Massimo Banz gave me this. 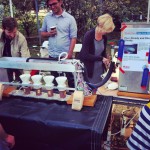 Ladies & Gentleman the coffee maker of the future. 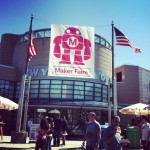 For MakerFaire I volunteered to help out at the Arduino Booth. It was a fun day! I got a t-shirt, a Arduino Yun and got to meet Massimo Banz. It was fun chatting with people about arduino and what it can do. I spent most of the day making LEDs blink. During my time away from the booth I check out the Parsons booth, Adiel Fernandez’s color mixing table, and craft faire area. In the end I went home with more knowlegde about Arduino and vintage earrings. It was a good day!

Arduino Blog about the Maker Faire

Hi. I found information about world maker faire 2013, new york ticket, and would love to share with:)

Self healing blades of ferrofluid make this tiny rocket engine. I have some ferrofluid at home, if you are interested in playing around with it! If anyone’s looking for a free ticket to Maker Faire NYC this year, Michael Shiloh is coordinating volunteers at the Arduino booth, and could use people. Contact him at the address below:

Requirements for a volunteer at the Arduino booth are:
The main purpose of the Arduino booth is to introduce Arduino to those who know little or nothing about it, and to help overcome fear in thosewho have heard about Arduino but are afraid that it’s too difficult ordangerous for them. You must be able to explain Arduino in simple termsto people with little or no understanding of electronics or programming. Intermediate knowledge of Arduino programming and electronics, enough tobuild and debug simple circuits with confidence using Arduino, solderless breadboard, LEDs, RGB LEDs, servo motor, piezo speaker,photoresistor, switches, potentiometers, etc. and to write and debugsimple sketches demonstrating their usage. Familiarity with some of the built-in Arduino examples. Ability to start conversations with strangers who appear curious butdon’t know what to ask, or perhaps are afraid of appearing ignorant, andto make them feel comfortable.